Complement research tools, everything you want is here!

In addition to Ig molecules in blood or body fluids, another type of macromolecules involved in immune effects are also found, called complement molecules. Its chemical composition is a group of immunoglobulins with enzymatic activity, accounting for about 10% of the total serum globulins. Early immunological studies found that this substance is essential in immune hemolytic reaction and bacteriolytic reaction, so it is called complement. Research in recent years has proved that complement is composed of 11 serum proteins, which are named C1...C9 according to the order of their discovery. Among them, C1 is composed of three subunits: Clq, Clr, and Cls, collectively referred to as the complement system.

The complement system, also known as the complement cascade, is a part of the immune system that enhances the ability of (complement) antibodies and phagocytes to remove microorganisms and damaged cells from the organism, promote inflammation and attack the cell membrane of pathogens. The complement system is composed of many small proteins, which are synthesized by the liver and circulate in the blood as inactive precursors. When stimulated by one of several triggers, the proteases in the system cleave specific proteins to release cytokines and trigger an amplification cascade of further cleavage. Therefore, the complement system is an important effector system and effect amplification system in the body, and its activation process is represented by a series of cascade enzymatic hydrolysis reactions of serine proteases. Three activation pathways of complement: 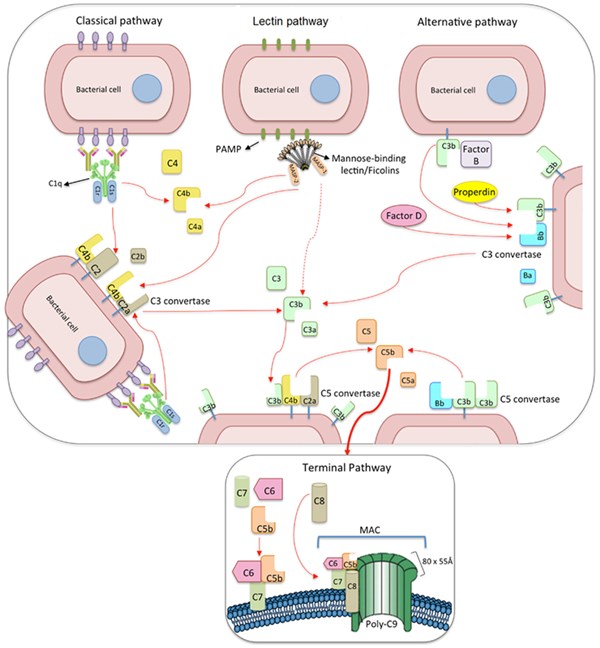 The classical pathway is triggered by the activation of the C1 complex. The activator (antigen-antibody complex) binds to C1q to activate C1r, C1s, C4, C2, C3 in order to form a cascade enzymatic reaction process of C3 convertase (C4b2a) and C5 convertase (C4b2a3b). 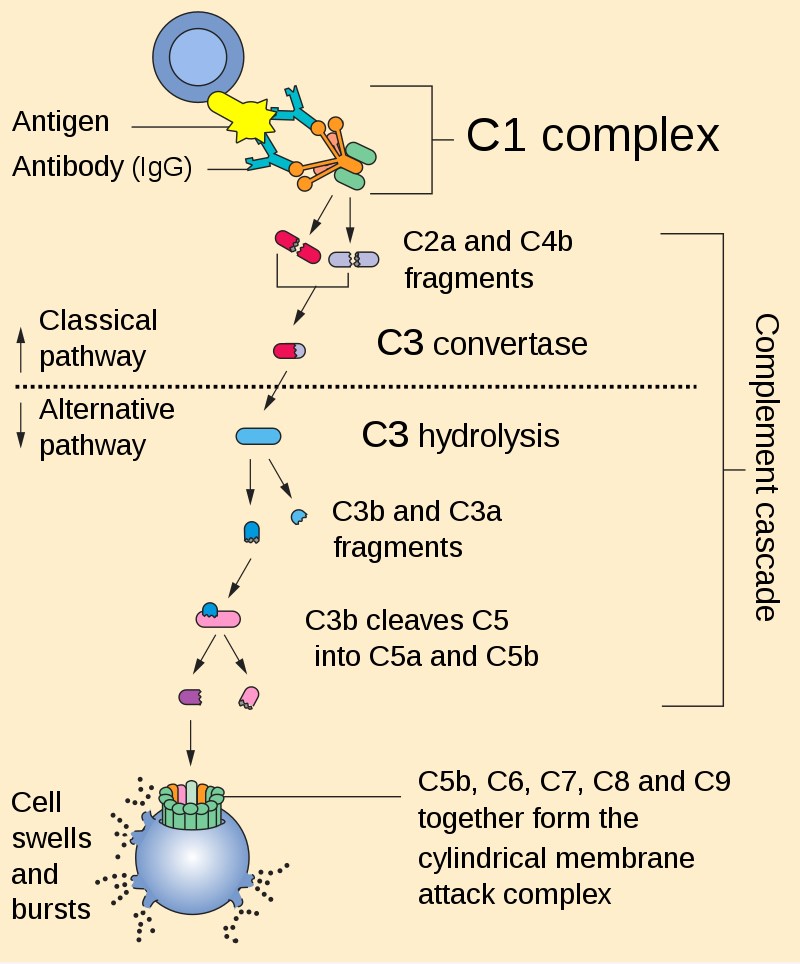 In this pathway, mannose-binding lectins bind to mannose, glucose, or other sugars with 3- and 4-OH groups. After binding to the target molecule, MBL, CL-K1 and ficolins form a complex with MBL-related serine proteases 1 and 2 (MASP-1 and MASP-2), which cleave C4 and C2 to form C3 convertase (C4b2a), the complement cascade is then activated to form a membrane attack complex. 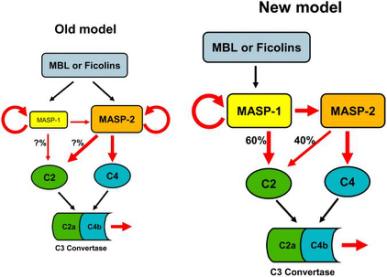 Complement research tools, everything you want is here!