In recent decades, therapeutic antibodies have shown great success in cancer treatment. Compared with traditional chemotherapeutics, the main advantage of monoclonal antibodies is that they can specifically bind to target proteins expressed on the surface of immune system cells, thereby activating their ability to fight cancer. In particular, cancer therapeutic monoclonal antibodies can recognize cell surface proteins on target cells and then kill the target cells through a variety of mechanisms, which depend on the crystallizable fragment (Fc) domain that interacts with the effector Fcγ receptor, including antibody-dependent cell-mediated cytotoxicity and antibody-dependent cell-mediated phagocytosis. Therefore, binding of therapeutic antibodies to Fcγ receptors is responsible for serious side effects and unwanted actions. Extensive engineering efforts have been carried out toward tuning Fc functions, such as by enhancing (for targeted therapy) or disabling (for immune checkpoint blocking therapy) effector functions and extending the serum half-life of antibodies as needed.

At Creative Biolabs, we are committed to Fc engineering technology to improve therapeutic efficacy, and presented optimized approach to Fc-Silence that can fulfill unmet medical needs. Our novel Fc silent antibody can be used to modulate the adverse side effects of other antibody therapeutics without affecting its stability or improving its immunogenicity.

In the therapeutic use of recombinant monoclonal antibodies, the involvement of Fc-mediated cytotoxicity may be considered desirable or undesirable. Activation of this cytotoxic response is undesirable in the case of antibodies with known Fc-mediated side effects, eg, platelet aggregation, or antibodies designed to block receptors without activating the immune system, or in the case of antibody-drug conjugates, where unforeseen interactions with nontumor cells can be harmful. Unwanted cytotoxic reactions can be at least partially eliminated by so-called Fc Silence.

Substituents in the Fc region can be used to obtain Fc-Silence antibodies, but these antibodies may reduce stability or enhance immunogenicity. Moeeover, incomplete Fc Silence in the standard variant can also lead to compensatory interactions. To alleviate this problem, we developed loop grafting as a new method for designing stable Fc-Silence antibody variants with reduced binding to the FcγIIIa receptor. The developed loop grafted variants formed fewer hydrogen bonds on average and formed vdW contacts with the FcγIIIa receptor, and their binding free energy was significantly higher than that of the wild-type Fc region and most standard variants prepared using single amino acid substitutions. Our experiments confirm that the proposed Fc Silence method should prove to be an incalculable tool in the design of new and safer biopharmaceuticals. 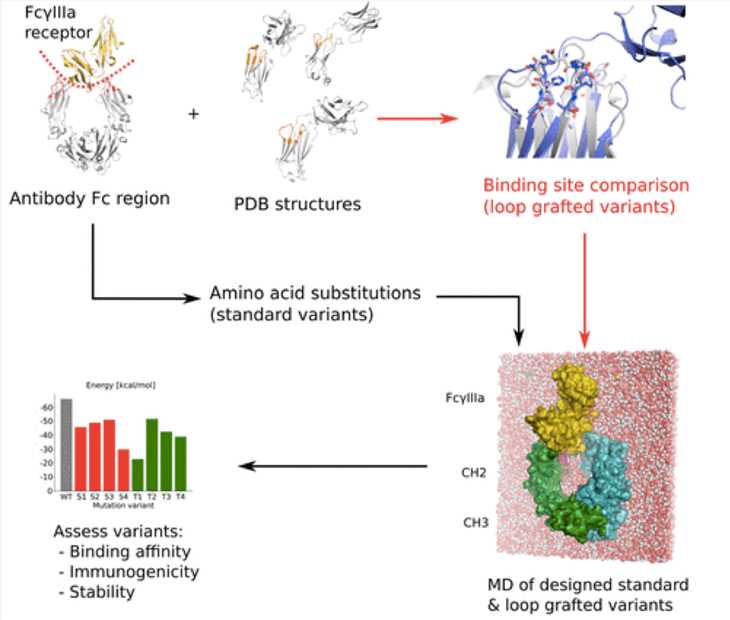 Fig.2 Workflow for the design and evaluation of Fc silent antibodies. The new method - loop grafting is marked in red.