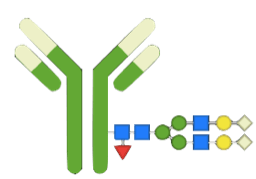 Antibody-dependent cellular cytotoxicity (ADCC) is an important immune mechanism for antibodies. ADCC-enhanced antibodies have been shown to exhibit anti-cancer effects in vivo. Current research is focusing on using identification and construction of therapeutic antibodies to enhance their affinity to FcR and thereby, improve the ADCC process. Being an innate immune defense mechanism and now proved to be highly customizable tools for us to fight against cancer, ADCC is believed to be the new milestone!

Creative Biolabs has a team of professional scientists that, with their profound knowledge of ADCC enhancement technologies, can help you target various diseases of interests and accelerate your research.

ADCC is a simple but yet vital mechanism that happens when an immune system reacting to diseased or infected cells. The ADCC effect is triggered by interaction between the Fc region of an antibody to the Fc receptor (FcR) on the effector cells (including natural killer (NK) cells, macrophages, and dendritic cells) resulting in effector cell degranulation on Interferon-gamma (IFNγ), granzymes or other cytotoxic compounds cleave-target cells. This process is highly dependent on the glycosylation profile on Fc portion of an Ab and the polymorphism of the Fc gamma receptor. 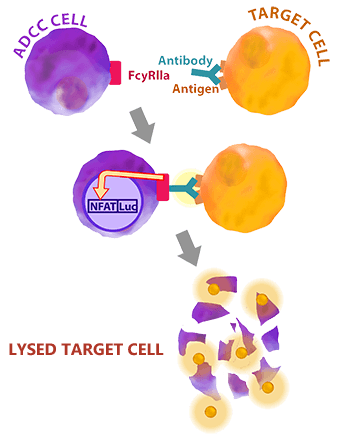 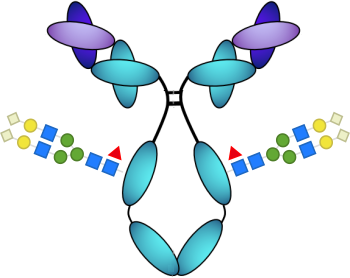 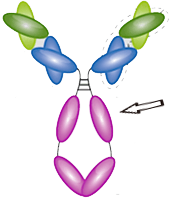 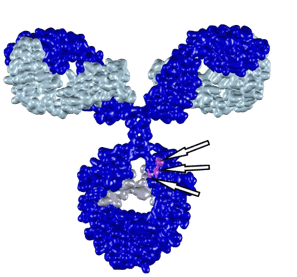 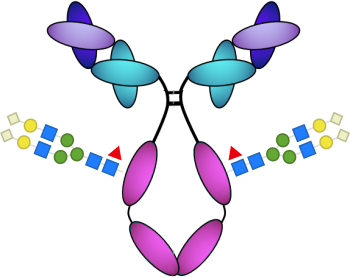 The oligosaccharide from the amino acid asparagine-297 (N297), existing in the IgG domain, is critical for the binding between FcγR and complement factor C1q. Currently, several glycoengineered antibody treatments, anti-CD20 mAb (obinutuzumab) and the anti-CCR4 mAb (mogamulizumab), have been approved. Sufficient rationale is studied to prove enhancing effect of glycoengineering-based ADCC. Creative Biolabs has established an advanced Afuco™ platform for the glycoengineered therapeutic antibody production.

Instead of directly eliminating any genes, Creative Biolabs' proprietary Glymax™ technology redirects fucose synthesis through a heterologous enzyme, which could deplete fucose pool inside the cell. For any successfully established stable CHO cell lines, it could produce defucosylated antibodies with up to 100-fold ADCC activity against tumor cells or other virus-infected cells. 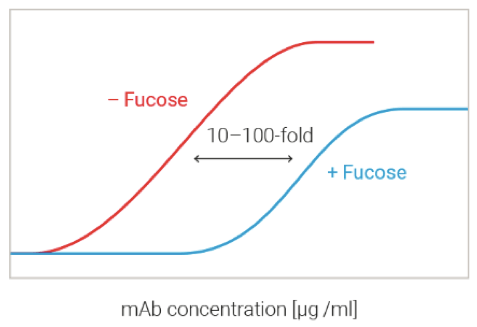 We use Glymax for any novel antibody projects and biomarkers (ADCC enhanced originator mAbs) or biosimilars projects if adjusting for specific fucose levels is critical.

On the contrary with genetic engineering at the cellular level, Creative Biolabs has made a breakthrough in reducing or removing the fucose content on the antibody of interest. This is achieved by adding a fucose analog to the medium to regulate the metabolic pathway of the cell. A significant increase in the activity of the monoclonal antibody ADCC is therefore achieved.

The rationale for developing Fc protein-engineered ADCC is to swap amino acids directly in the FcγR / FcγRIIIa binding site within the Fc domain of that antibody. For example, modifactions on the following five sites of Margetuximab, F243L/R292P/Y300L/L235V/P396L in the Fc region, can reduce its binding ability to CD32B and hence, improve the ADCC effect. By exchanging all solvent amino acids in the human IgG1 Fc domain with alanine, our approach can identify various Fc domain variants with different FcγR / FcγRIIIa binding profiles. Using this approach, we identified a triple variant that shows a high affinity for FcγR / FcγRIIIa and thus, stronger ADCC activity. 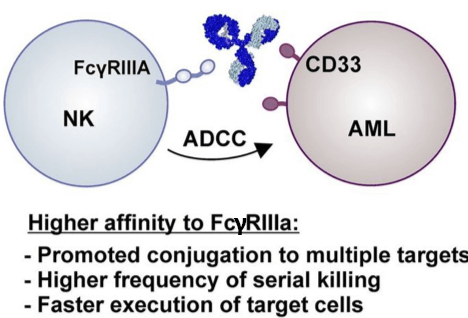 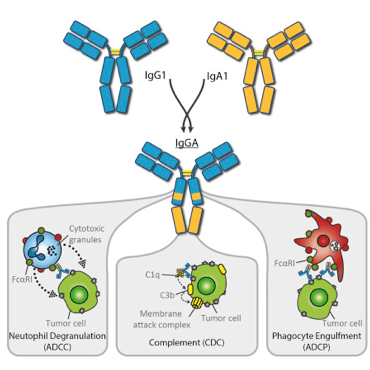 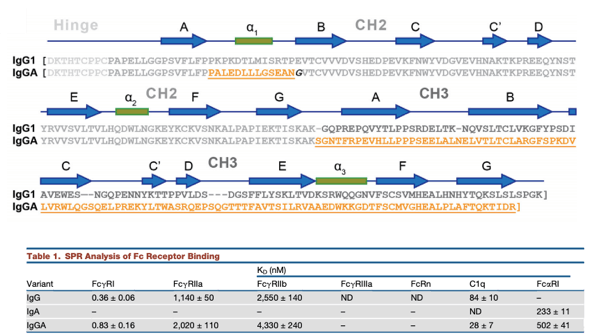 Creative Biolabs’ ADCC antibody development team provides a novel way to target NK and DC cells through high-affinity CD16A bispecific antibodies, and then driving activated NK/DC cells to exert ADCC effects on tumor cells. A kind notice that our antibody customization team would be able to help you design and co-develop CD16A bispecific antibodies, specifically in combination with other highly expressed antigens on the surface of tumor cells, such as EGFP, BCMA, etc. A variety of published studies have demonstrated that CD16A BiAbs with enhanced ADCC modification have better in vitro killing effects. 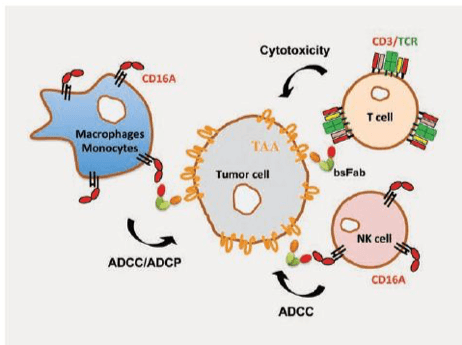 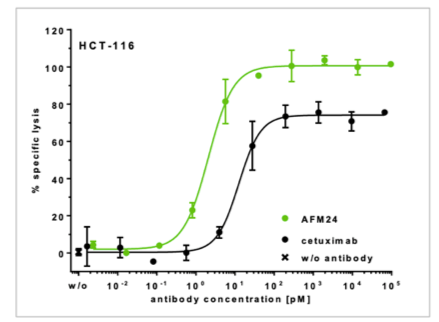 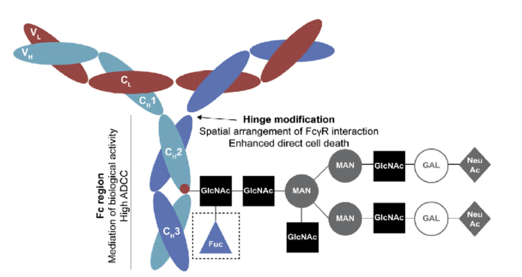 Fig.9 Schematic diagram of a dual engineering strategy for glyco- and Fc proteins. 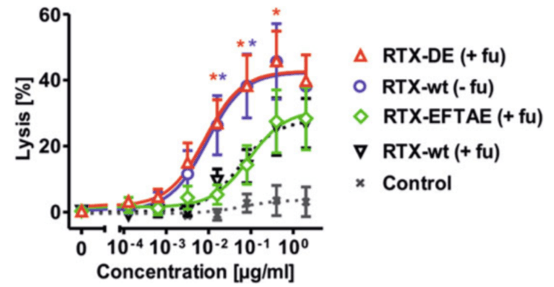 Fig.10 The RTX-DE(+fu) antibody was glyco-optimized for ADCC and harbored an amino acid to exchange S239D-I332E against CD20. Enhanced FcγRIIIa binding and ADCC activity were observed.


For more details about our ADCC enhancement technology service, please do not hesitate to contact us.