SEA-CD40 is a fully humanized non-fucosylated IgG1 monoclonal antibody (mAb) specific for CD40. SEA-CD40 exhibits superior antagonistic activity against CD40L in vitro and exhibits anti-tumor efficacy in xenograft animal models. Currently, the safety and tolerability of SEA-CD40 have been evaluated in clinical phase I dose escalation studies in patients with multiple solid tumor such as non-small-cell lung carcinoma, pancreatic adenocarcinoma, and head and neck neoplasms.

SEA-CD40 is a novel glycosylation engineered humanized anti-CD40 monoclonal antibody developed to meet the needs of new therapies with atopic dermatitis. The glycosylation process used to develop this agent is achieved by reducing the fucosylation in the Fc region of the mAb molecule, resulting in increased binding affinity of the agent for the FcγRIII receptor on immune effector cells.

Fig.1 Glycoengineering by defucosylation of immunoglobulin G oligosaccharides in the Fc region of SEA-CD40.

Mechanism of Action of SEA-CD40

SEA-CD40 is an Fc glycosylated antibody derived from dacetuzumab and shows a higher affinity for FcγRIIIa binding. The effect of SEA-CD40 is enhanced by polished ADCC activity, activation of immune responses, and induction of antigen-specific T cells. The following figure demonstrated the mechanism of action of SEA-CD40, that is, by binding antigen-presenting cells to CD40 to activate antigen-presenting cells, further activating T cells to kill tumors and enhancing anti-tumor immune responses. 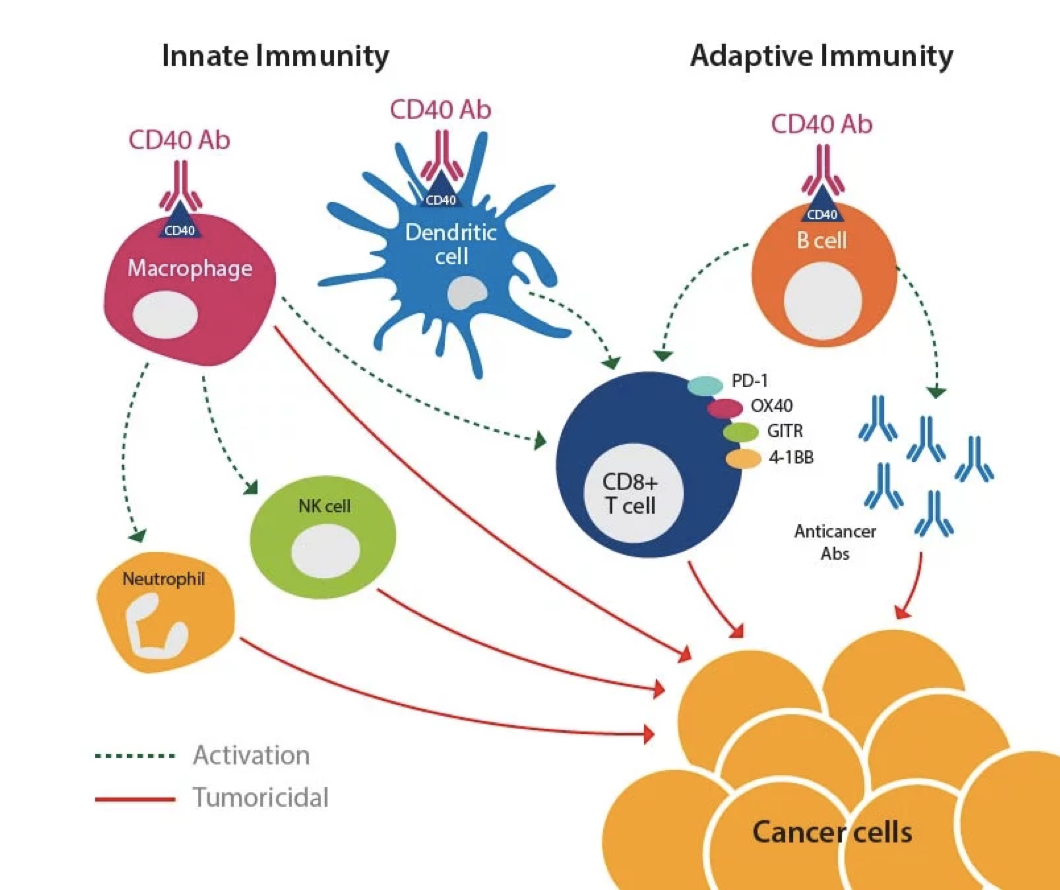 Fig.2 Mechanisms of action of SEA-CD40.